I saw this graphic posted a few times on social media last month and it affected me, deeply.

Given the ever-widening gap in agreement and civility among Americans generally, and my family and friends specifically, it made me sad, profoundly.

But, in other ways, this sentiment encouraged me, more than a little.

Like nearly any American who experienced this national tragedy, I will never forget the horror of September 11th, or the incredible days after, starting with September 12th. I can only hope that this sentiment, this call for unity will become a clarion call to each one of us to dig deeper, reach farther, and simply be better than we are today.

As we, finally!, head into the last two weeks of an election season riddled with petty, childish behavior, and outright ugliness, that, unfortunately, is our modern-day political landscape, I am choosing to try to stand a little taller as an American. I am raising my voice, not angry just hopefully loud enough to be heard, into the face of the intensity of political machinations by both sides in Washington DC, that inevitably bleeds all over Facebook and Twitter.

I am simply sharing an idea or two to help close this enormous divide and earnestly hope that you, dear reader, will find one small thing, or even something larger, in what I have to share, that helps us all stop this toxic divisiveness and heal our country.

As I see it, America is a nation deeply divided and, really, in existential upheaval. And I believe that many, but certainly not all, who call themselves Americans actually want this country to be UNITED. To go back to more love, acceptance, determination and selflessness-the beautiful values nearly any American with a heart carried with them for weeks, if not longer, post 9/11. Arguably our darkest days as a nation for decades.

In the purest sense, America is a concept. A beautiful, powerful concept but a concept nonetheless. Attaining the American Dream has compelled men, women, and children for centuries to risk their very lives to come here. We, you and I, are here now and I believe we have lost touch with the fundamental elements of what has made America a shining example to the world for centuries: democracy, human rights, liberty, opportunity, and equality.

Concepts are great in setting a vision but executing that vision, i.e. making it real, requires action. Below are actions we ALL can take to help us stop this downward spiral of discord, rage, and even hate and start our return to being the UNITED States of America once again.

Humans generally fear what we don’t understand. The unfamiliar or foreign; whether they be people, thoughts, or words. There’s nothing wrong with being afraid but we cannot stay stuck in a state of ignorance or misunderstanding and expect to have that powerful emotion of fear to not influence or, even worse, dictate our actions.

By at least sincerely trying to understand another person, another way of looking at things requires courage and it requires a beat, maybe two or three. A beat, or pause, of reflection in that moment of hearing or seeing something or someone unfamiliar before we respond can open minds, build relationships, and foster change. We would all do well to take a breath to seek understanding and not just pretend to listen while we are crafting our retort or comeback.

Understanding, or just trying to, does NOT equal agreement. We don’t have to agree with each other to get along, do we? Think of the people in your life that you would fight, or even die, for. Do you agree with everything they think, say, or do? No, you don’t. Imagine sharing some of that generosity, that beat, with your neighbors and Facebook “friends.” I believe that just attempting this can go a long way toward mending broken fences and shoring up battered hearts.

The current level of toxicity, anger, and conflict in the USA is palpable. Facebook and Twitter have become a political, moral, and emotional minefield, where kindness and thoughtfulness are nearly absent. (Where did the freaking cute cat videos all go?!)

On Facebook recently I was called “an enemy of my former church” and not one of my friends or family who knows how absurd that is called that out as utter BS. I’m a big boy and don’t need the help but I was just shocked first of all that someone would say that and, then that no one called it out. We need to have each other’s backs and call out negativity when we see it or we will just keep to spiraling down the cultural toilet bowl.

Sadly, millions of people appear to be entertained by verbally spitting on each other, pulling each other’s rhetorical hair, and just plain being mean. If you are one of these people (I will admit that I have had my moments) it might help to go on a social media diet, or even better a 14-day fast (that’ll get us through the election chaos, hopefully.) In fact, this essay will be my last action on Facebook until at least after the election is over.

I am guessing that my blood pressure will go down. My productivity will go up. And, generally, my ability to see what really matters and live in the precious moments of life I get will improve. You may experience the same positive “side effects.”

And if you just can’t (you can!) get out of the social media death spiral then at least try and pepper in a little understanding and a lot more positivity into your comments. Try to pretend you aren’t hiding behind a keyboard in the dark at home (we see you) and consider if you would actually have the desire or guts to really say to another human being’s face what you are typing in the comments section of their post.

“Where have all our heroes gone?” Great question! More importantly, where have all the independent thinkers gone?

We all have our favorite sources of information. I get that. They are familiar to us and are conveniently on our favorite channel list or bookmarked pages. The problem is that all too often our sources of information and facts are delivered by people and companies who have an agenda and what they deliver to us tend to merely solidify what we already believe. So, when we closely guard or blindly defend our sources or “facts,” we simultaneously shut off the chance to learn, to grow. It’s a toxic echo chamber that doesn’t serve you and certainly doesn’t help us unite as Americans.

I know many really smart people across the political ideology spectrum who are so dogmatic in their views that they start to look really dependent, the opposite of independent, by immediately adopting and espousing information given to them by their chosen source. This is even more dangerously true when it comes to familiar political figures. “Well, so and so said this so it must be true.” Really? “It must be true?”

Without even a beat mentioned above, accepting a “fact” or view given by someone we support is called intellectual laziness. Regardless of our political views, if we don’t root it out we will become (continue to be?) nothing more than useful idiots to whichever news sources or politicians we choose to serve and support.

So, please, avid FoxNews viewer, try watching CNN or MSNBC once in a while. And, MSNBC fans consider checking out FoxNews from time to time. Ultimately, I DON’T CARE WHAT YOU WATCH OR READ so long as you take it all with a grain, or a hundred grains, of salt and get a different and balanced view regularly.

Having done that then we can wisely synthesize this information and come to our own conclusions. That is the independence of thought that I believe will bond us all together when we realize that we very likely agree with one another much more than we disagree. You agree?

We teach nearly everyone we interact with: our families, our friends, our colleagues, even passers-by and strangers on the street, by our behavior and words. It’s called an example and it’s the most powerful way we can teach and lead.

And man, do we need some teaching, some leading, and some temperance ’round here right about now!

If you think everyone else is wrong and you are exclusively the owner of all things good, right, and intelligent you may need a little more temperance in your life.

As horrified as I was on September 11th, 2001 when I hurriedly exited the Bank of America building in San Francisco to race home, I was equally proud of our President, George W. Bush, and my entire country as we rallied together to rise from this incredible tragedy.

You could actually start to feel the spirit of America rising on September 12th, and even more strongly in the ensuing days.

Ironically, as President Bush sought to meet the extremism that caused this national tragedy he used equally extreme language:

Hillary Clinton actually used similar words a week before the President’s speech. In the context of finding and eliminating the terrorists who carried out the attacks of September 11th, I believe they both were right.

But this zero sum mentality, “with us or against us,” an ally or an enemy, does not and should not apply to our fellow citizens. We disagree on so many things in America, and that is OK, but without agreeing that extremism in all forms is toxic we will devolve further and the fabric of our country will tear irreparably.

Identify extremism and call it out. Be kind and be measured, but be firm. This is how the battle for the soul of our country will be won.

My father gave a part of his life to defend and spread American principles fighting in the Vietnam War. Principles outlined in a moving and instructive exhibition at the Library of Congress:

Thankfully, my father is still alive but the toll the war took on him and our family is evident, painfully at times. I know that our family is not alone in this. As Americans, we owe it to the tens of millions of men and women who fought to defend these principles, and the unseen millions of loved ones who kept the home fires burning and have had to deal with the trauma of war for many years after the return of their soldier, whether in person or in a box.

Together, as Americans, we repay our brave brothers and sisters and keep the American experiment brightly burning by defending diligently the principles of America.

I was born at the beginning of the end of the Vietnam War. Over my lifetime I fear the brightness of America has dimmed as too many of us have too often strayed near hateful ideas and/or people that are antithetical to the beautiful principles of America. We must reject weak and unprincipled thinking and behaviors from all sides that have steadily oozed into our country these past few decades.

We only serve our country, and those who have sacrificed so much for all of us, by remembering these principles the American revolutionaries established and by vigorously defending them against people and entities, foreign and domestic, that distort or hijack them for personal gain.

Two weeks from today is November 4th, the day after the most contentious and crazy election in our young history as a country. I plead with you, and remind myself, to do our part to make November 4th more like September 12th open to and maybe even actively displaying kindness, understanding, and temperance.

I truly believe that “UNITED we stand and DIVIDED we fall.”

The coolest thing is which way we now go is up to WE, the people. Let’s be UNITED. 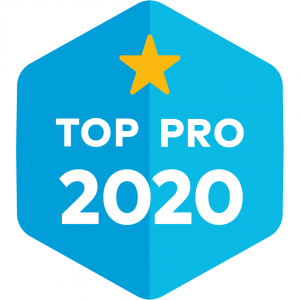